El Camino: A Breaking Bad Movie (or simply El Camino) is a 2019 American neo-western crime drama film that serves as the epilogue of the television series Breaking Bad. Series creator Vince Gilligan wrote, directed and produced the film, with Aaron Paul reprising his role as Jesse Pinkman. The plot follows what happens to Pinkman following the events of the show’s series finale.

A Breaking Bad feature film was rumored ever since the series’ finale in 2013. Gilligan approached Paul with the idea in 2017, near the tenth anniversary of Breaking Bad, and filming began in secret in New Mexico in November 2018, lasting nearly 60 days. The project remained unconfirmed until August 2019, when Netflix released a trailer.

The film was released digitally on Netflix, as well as limited theatrically, on October 11, 2019, with television broadcast at a later date on AMC. It received positive reviews from critics, who praised Paul’s performance and noted it as closure for fans of the series.[3]

It’s easy to think of “Breaking Bad” first as an action crime drama. Any montage of the series’ most memorable moments would have explosions and car crashes and shootouts and stacks of money scaled high enough to take a nap on.

But it’s just as accurate to think of the six-season AMC series as a tragic ballet. The tonal balance needed to present its main protagonist as both a desperate man and a monster, with a dexterity in writing that can deliver a three-word dagger and an episode-title puzzle with equal ease, and the delicate spatial choreography needed to pull off some signature pyrotechnics; they all made the series an enduring achievement.

Many of those elements can also be found in “El Camino,” the new Netflix film — and feature-length series epilogue — that follows Jesse Pinkman (Aaron Paul), starting mere seconds after audiences last saw him in the “Breaking Bad” finale. Loosed from his prison cage and behind the wheel of a stolen car, Jesse spends most of the film trying to flee from the authorities chasing him down while the film itself flashes back to the memories he can’t outrun.

That the film’s 125-minute runtime still feels brisk and propulsive, even with so many sequences of relative calm and introspection, is an impressive achievement that solidifies “El Camino” as an appropriate addition to the greater “Breaking Bad” saga. But who is its audien

Is it for series obsessives, desperate for any last trickle of information about these characters? Is it for the decade-long skeptics who heard about season-long binges and decided they’d rather not bother until something came along that was more concise? Or is it for the Netflix subscriber who’s content with watching whatever the platform pushes through its homepage, fine with spending a few hours with the shaved head and weeklong stubble?

The short, overly simplistic answer is “all of the above.” Even with nods to broader strokes and specific moments within “Breaking Bad” history, “El Camino” still exists as its own self-contained story. The reemergence of some characters will certainly make more sense with some Albuquerque context, but the simplicity of Jesse’s drive for survival adds an urgency to “El Camino” that would be there with a nameless, faceless hero.

The look in a character’s eye as a gun is being aimed squarely at his head isn’t any more potent just because you’ve seen that look in previous seasons. Jesse is clearly painted as someone with nothing to lose, but with a razor-thin chance at starting over. And as the opening scene of “El Camino” clearly posits, there are some things that even a second chance can’t correct.

Much as the show continually wrote itself into a corner just to come up with a way to squirm out again, Gilligan writes “El Camino” as a series of logistical obstacles for Jesse to overcome. Just as one chance at escape presents itself, that solution raises a pair of new problems to solve. Jesse isn’t infallible — as always, Paul is more than capable of wordlessly communicating when Jesse knows he’s made a mistake — but seeing the meticulous way he tackles these very specific objectives shows just how much he learned from his former partner in crime.

Much of what makes this a success for both fans and agnostics is in how those pre-existing “Breaking Bad” characters join the fray. Every one of them is introduced off camera, which is Gilligan’s way of giving diehards a chance to start puzzling out their arrival before everyone else gets to see them. From the opening scene, “El Camino” doesn’t shy from bringing back some “Breaking Bad” heavy hitters. (A few of the show’s signature stylistic conventions, like the time-lapse transitions overlooking the New Mexico landscape, make their own guest appearances.)

The kingpins were a draw, but the lieutenants in the various corners of this criminal world were always what made “Breaking Bad” sing. “El Camino” never loses sight of that, drawing its most potent moments from seeing how everyone besides Jesse chooses to be part of this world and how they rationalize their own participation.

The core of “El Camino” is made up of those returning players, but there are a few new faces to wrestle with as well. Through them, Gilligan asks the audience to once again set aside expectations and follow Jesse’s journey. Though the specter of Jesse’s former partners haunt “El Camino,” Gilligan effectively holds the audience’s attention to keep them focused on the present.

It’s Paul who really makes that easy, spending most of his time in “El Camino” playing a Jesse robbed of speech either by circumstance (hiding from men bent on eliminating him) or being so broken by his past that it seems pointless to say anything. We get to see Jesse in happier times, but that happiness is always relative, knowing what’s around the corner. Just as he can’t escape what’s come before, “El Camino” knows that as well. That this film can stand on its own, all while paying tribute to the show that helped birth it, is maybe the most impressive escape act of them all. 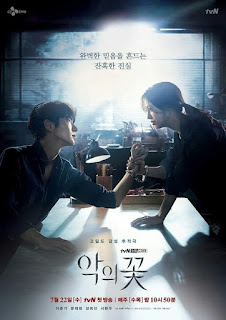 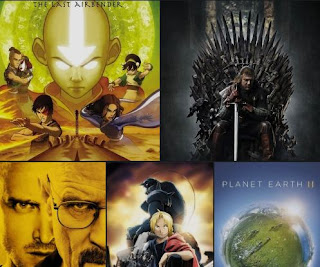